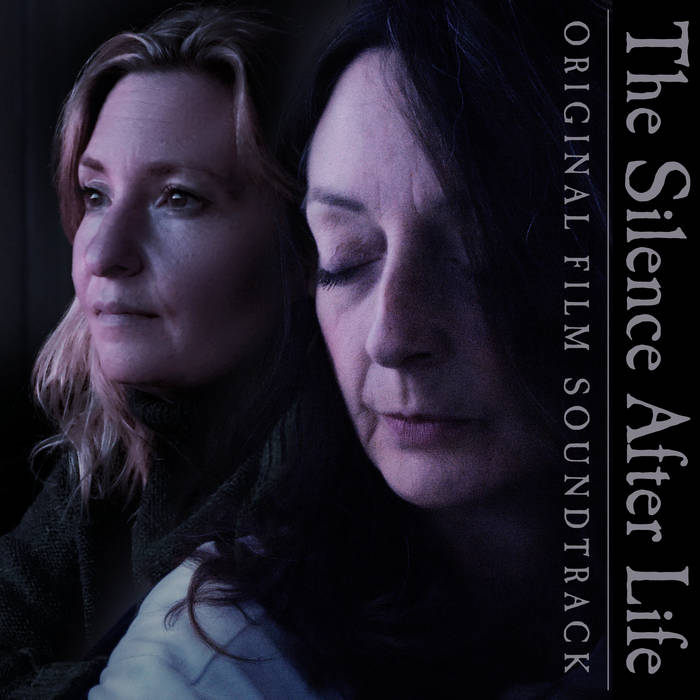 "When I was fifty six I went mute for ten days."
- Katherine Amesbury

Buried ghosts hiss and moan; synthetic-acoustic string choirs glow at magic hour; a slow-terror riff dissolves into a locked-groove drone then collapses in on itself; soft-light harp meditations get beautifully lost in the English woods; an open-ended expanse of never-repeating organ chords, seismic orchestral shifts and high-altitude strings circle a dissonant throb ...

... This is the score to the feature film 'The Silence After Life', an experimental feature-length drama / meditation on grief, spirituality and the beauty of nature, with minimal dialogue and immersive score / sound design. The score acts as a main character in the film - rather than simply reacting and supporting the onscreen images, actions and dialogue it attempts to push the edges of the frame outward, to reach for the beyond, to depict the struggle between mortal despair and eternal hope. Inspired by work from artists such as Alan Splet ('Eraserhead', dir. David Lynch, 1977), Jóhann Jóhannsson, John Luther Adams, Jonny Greenwood, Arvo Pärt and Daniel's previous work as part of Rameses III, the score uses layer upon layer of electric violin, harp, percussion, organ, piano and purposefully-misused orchestral sampled instruments, all initially played by hand then heavily processed and edited afterwards.

'The Silence After Life (Original Film Soundtrack)' re-masters all of the music cues from the film in their original order but also includes five bonus tracks. 'Poultice I' and 'Poultice II' are taken from the short film of the same name made in preparation for the feature. 'Woozy and Blurred' and 'Passing' were initially unused score from the short film 'Lockdown' (dir. Max Sokoloff, 2016) but were revived as early templates for the feature's score. Finally, 'Never That Simple', an early version of the film's 'Revelation', ends the album with a manic swamp of piano, endlessly spiralling upwards.

The feature 'The Silence After Life' is the debut of Daniel Thomas Freeman as a film writer, director and composer, starring Sally Mortemore ('Game of Thrones', 'Harry Potter and the Chamber of Secrets') and Emma Spearing ('Red Call'). It is a 70 minute experimental drama / meditation on grief, spirituality and the beauty of nature, with minimal dialogue and immersive score / sound design. Following a serious accident, a lonely woman in her fifties experiences intense visions as she loses her voice and runs away from home to live rough in the beauty of the English woods.

Released as BE012DTF by Blink in the Endless.
Feature film available at vimeo.com/ondemand/thesilenceafterlife